Anand L. Rai has tried to expose the evils of the society through the film ‘Raksha Bandhan’. Let me tell you why it is important to watch this film. 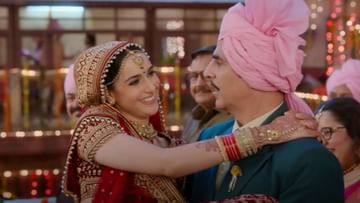 Bollywood actor Akshay Kumar’s film ‘Raksha Bandhan’ has been released in theaters today. It is clear from the name of the film that it is based on the sacred relationship of brother and sister. after a long time Bollywood world I have seen such a story, in which the boundless love of brothers and sisters has been shown. There is no better example than this film to teach how brothers and sisters in a middle-class family become each other’s support while crushing their dreams. Anand L. Rai has tried to expose the evils of the society through the film. Let me tell you why it is important to watch this film.

The name of love and sacrifice is ‘Rakshabandhan’

The way Akshay Kumar fulfills his promise in the film Rakshabandhan, it is probably like a lesson for all of us brothers. The story of the film is woven around Akshay Kumar and his four sisters. In the film, Akshay Kumar feeds everyone with golgappas and makes every effort to get his four sisters married. Somehow or the other, their sisters’ relationship breaks up. Akshay is in love with a girl (Bhumi Pednekar) since his childhood. But getting married because of a promise is not easy. Where there are emotions in the story, humor has been given place. In other words, the film makes you cry as well as laugh.

The twist in the story comes when Akshay comes home to get Rakhi made by his sisters. He gets a call and from that phone the story of the film takes a turn in such a way that both the direction and the condition of Akshay and his sisters change. What would have been that promise of Akshay Kumar and how a phone changes the turn of the story. For this, of course, you should go to theatres.

If we talk about acting in the film, then the acting of Akshay’s four sisters especially his sister Gayatri (Sadiya Khatib) is strong. The acting of the other sisters of the film Bhumi Pednekar and Akshay is also superb. Akshay Kumar himself has done complete justice to his character.

The film was directed by Aanand L. Rai did it. Anand L. Rai is known for presenting the story in an excellent manner. He did the same in the film Raksha Bandhan. KU Mehnan is the cinematographer of the film. On the other hand, if we talk about the lyrics, Irshad Kamil has written the songs of the film and Himesh has decorated it with his music.


see or not see

this movie Raksha Bandhan Got a great story. The film depicts the sacred relationship between brother and sister. Not only brothers and sisters, I feel that this film should be seen by every section of the society. Which might bring some change.