Fasiq is a Pakistani drama airs on Geo TV. This drama is directed by Saleem Ghanchi and produced by Abdullah Kadwani & Asad Qureshi. Writer of Fasiq drama is Hina Huma Nafees.

Fasiq drama actress Sehar Khan will be seen in a lead role pairing with Adeel Chaudhry and Haroon Shahid. Actresses Hira Tareen and Sabiha Hashmi are also a part of Fasiq drama.

Story of Fasiq revolves around unrequited love, rejection and regret. You will see the love triangle between Sehar Khan, Adeel Chaudhry and Haroon Shahid. 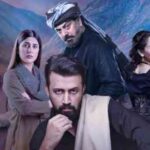