Roohi, a horror-comedy, featuring Janhvi Kapoor, Rajkummar Rao and Varun Sharma, is the first major theatrical release after coronavirus-induced lockdown led to the shutting down of the theatres. The last big-ticket film to release on the 70mm screens was Irrfan Khan starrer Angrezi Medium. It hit the theatres on March 12, 2020.

Now, exactly after a year, with the release of Roohi on March 11, film trade analysts are expecting to see the audience returning to cinema halls.

Girish Johar on Roohi movie says, “Roohi belongs to a genre that has been successful in the past. There have been many horror-comedies that have done well at the ticket counters, Stree being the most prominent one. The trailer has generated good curiosity. Also, it has a good cast with Janhvi attracting a young fanbase. The buzz is decent around the film”.

However, there are a few factors that might affect Roohi’s box office collection. “Now, what remains to be seen is if the audience would want to come to the theatres because the core region of Maharashtra from where most of the box office revenues are generated is once again witnessing a surge in the number of coronavirus cases. Also, there is a 50 per cent cap on the capacity of theatres in most of the states,” added Girish Johar. 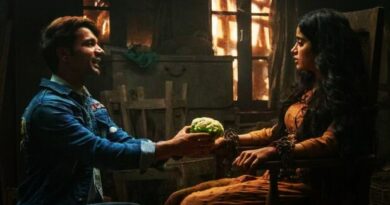