Diljit Dosanjh has done amazing acting in the film. This film is streaming on Netflix. Amyra Dastur is also seen in the film with Diljit. 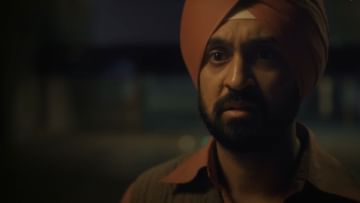 Where to watch: Netflix

Ali Abbas Zafar will once again be seen making a splash. But this time it is not on the big screen but on the OTT platform. When Ali made ‘Tandav’, there was a lot of ‘Tandav’ on social media and outside it too. It was released on Amazon Prime Video. Now Ali is coming with ‘Jogi’. Diljit Dosanjh’s film ‘Jogi’ released on Netflix has won everyone’s heart. The splendid trailer of the film left everyone’s head baffled.

The story of the film is strong

People have high expectations from any film of Ali Abbas Zafar. The story of Ali Abbas Zafar’s film ‘Jogi’ is based on a true incident. This film raises a doubt in your mind. After watching the film, you will feel that if this is not an agenda. The film begins with the violent incidents after the assassination of the then Prime Minister Indira Gandhi in the year 1984 and the echo of swords and bullets. You will go from shiver after seeing all these scenes. Ali seems to have made this film to compensate for ‘Tandav’. After 20-25 minutes of the start of the film, when you will really like the film, then you will come to know that the story of the film is actually based on friendship and love. Friendship is also of those three friends out of which one is Sikh, one is Hindu and one is Muslim.

Watch the trailer of the film here-

can see a new story of friendship

So far many films have been made on friendship, but there are only a few films, which have been successful at the box office. Now the producers do not even think of producing such films. But ‘Jogi’ will give you a refreshing feeling. This seems to be the need of the hour today. In a laughing family, everyone is getting ready early in the morning. Women are preparing hot parathas. But then the rumble of bullets is heard and fire is seen all around. Bullets are fired at Prime Minister Indira Gandhi.

Diljit is playing the role of a man in the film who is very much in love with his family members. His life resides in the local people. But there is also a place for Kamali in one corner of the heart. Unemployed Diljit falls in love with Amyra, but unemployed youths are also forbidden to love in this country. And if you get a job, then where is the space left for love. With the passage of time, it only demands sacrifice. And ‘Jogi’ is made for this. The challenge here is to save the entire community. Friends come forward to help. Along with this, new faces of enmity also come to the fore.

The direction of Ali Abbas Zafar is excellent

Almost all the previous films of Ali Abbas Zafar have been blockbusters. ‘Jogi’ may have been made keeping in mind the 1984 riots and this film may tell the story of those three days, but time does not affect the stories of love. Ali has created a good cinema after a long time. In the film, he has tried to show the bitter reality of life. The camera is scraping the hurting wounds from its angle. And not once but again and again.

All the artists have done a great job

Diljit has acted very well in the film. Also, the rest of the cast of the film have also done a great job. This time, Diljit’s character is seen tightening together on the criteria of friendship, expectations of love and responsibilities of society. In an attempt to see caste, religion, sect through a special prism, this film has told its story very consciously.


you must see once

The story of this film is fantastic and all the characters have done a great job. Whether it is about Hiten Tejwani, Zeeshan Ayub, Paresh Ahuja, Kumud Mishra or Amyra Dastur. In the beginning, this film may bore you a bit, but as you progress in the film, your inclination towards it increases. The cinematography, editing, art direction, background score, direction and story of the film are very good. This weekend it is a good entertainment for you sitting at home.