Sarla explains how it happens that when they start to take decisions from their hearts those who are near them think of how they can use the person but in the process do not understand that the person who takes the decision with emotions also feels hurt and this is why she is hurt because she always cares for everyone however when no one in the Luthra refused to believe her, she felt really bad because she knows her daughter so could not see her crying anymore and if the Luthra family doesnot come to assure that they would not distrust her anymore then she is okay and will live in her own house, Sarla then leaves.

Then, Janki asks Preeta why she is crying if she thinks that her mother made the right choice when Preeta explains how Sarla was right however it doesnot mean that the pain is reduced however she would be able to control it, Shristhi asks her to accept how she is missing karan.

Preeta however refuses to accept it and lies down on the bed, Shristhi texts Sameer that she wants to meet him in the morning.
Sameer is standing at the flower shop when Shristhi teases him. The shopkeeper signals him to hand her the flowers however Sameer exclaims how they are not for her as when he is finally able to meet the girl, he would buy his entire shop however cannot buy.

Shristhi gets mad when he asks if she wants the flower however she says how she doesnot want anything then he asks if she thought that he would propose her even when she asked him to meet at the first place, Shristhi mentions how she came to talk about Preeta and Karan and desired to explain how she is really missing Karan, Sameer also says how Karan is also missing Preeta but is angry because Preeta left the house and because of his ego is not saying anything then Sameer makes her promise that she would make them both meet as it might reduce the tensions amongst them.

Shristhi mentions how she would surely make all the efforts to make them both meets. Sarla asks Preeta if she would come with her to the shop as she is going to buy groceries, Preeta however refuses to go saying how she would cook the dinner, Sarla is about to leave when Janki hurriedly comes exclaiming how the thieves have come into their society and have even robbed a house, she exclaims how they should all be careful and lock the windows.

Shristhi comes when Sarla asks Janki to also inform her, Janki explains the entire situation after which Shristhi asks how the thief would not come to their house as they do not have anything after which Janki mentions how the thieves kill in anger If they are not able to find anything, Shristhi gets irritated and asks about Preeta. Preeta is cleaning the kitchen, she recalls of how Karina tried to throw her out of the house and what Akshay said about her being defeated.

Shristhi comes asking what is the matter and how long would she remain like this as she should accept the fact that she is missing karan, Preeta however refuses to accept it then Shristhi mentions how she knew that Preeta was not able to sleep last night and was calling karan, Sameer is also trying to reason with karan that he should talk with Preeta but he gets really worried.

Shristhi asks Preeta to call Karan as it would not happen if she doesnot exclaims to Karan that she loves her however Preeta shouts at her saying how it would not happen, Karan asks Sameer when did he say that he was missing Preeta but Sameer mentions how Preeta is really missing her and not able to sleep when Karan asks why did she not tell him if she really loves him, Shristhi forces Preeta to call Karan however when she calls he asks if she has come in her senses, Preeta exclaims how she called him however karan mentions how he was not missing her, Preeta gets angry and ends the call, karan says to Sameer that she was not missing him and has ended the call, Preeta also shots at Shristhi mentioning how she after listening to her makes such mistakes even when she did not want to talk with Karan.

Sameer asks Karan to remain calm as Preeta called him and he should have said what was in his heart however he was really angry, karan says how Sameer should not try to teach him as he is the elder of the two.

Preeta is in the room thinking of how Shristhi forced her to call karan, she acts as if she is ready the book however is not able to take her mind and is constantly thinking of Karan, Preeta stands up ordering her mind to not think of Karan even when he is not even thinking of her. Preeta thinks why her mother has closed the window and she taking a vase tries to open the window with the vase and in the process hurts herself, Shristhi asks why she is doing this because it is her task and then asks Preeta to meet with Karan, Preeta says that she would not listen to her because she is having her self-respect.

Karan is in the balcony remembering how his relationship with Preeta and the moments spent with her, he feels that she has come to him so asks why it took so long, Preeta explains how she missed him more then he missed her and they both then hug which is when he kisses her hand, realizing that Preeta is not with him.

Mahira walks behind him and leaves when she hears that him saying how did Preeta dare to leave him but does not listen when he exclaims that he is also missing her however would not go to meet her anymore. 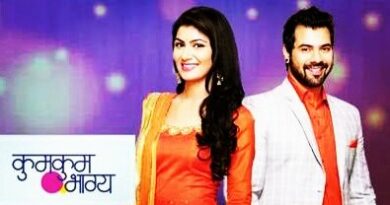 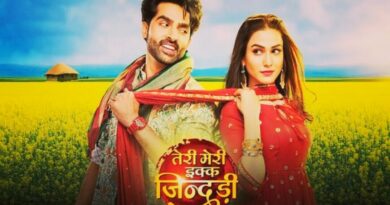