This film is based on the life of 26/11 martyr Major Sandeep Unnikrishnan, the biographical drama Major releases in cinemas on June 3. South star Adivi Sesh portrays the war hero and makes his Bollywood debut with the bilingual film shot simultaneously in Telugu and Hindi.

The Times of India reporter mentioned in a review, “Major might be an action drama for the most part where guns and bombs become the norm after a certain run-time, but the film does a good job of opting for a personal tone instead of a jingoistic one, when the latter might have been easier. This one deserves to be watched on the big screen, you won’t regret it.”

However, the film isn’t without his imperfections. Abburi Ravi’s dialogues and Sricharan’s music really do get excessively ponderous in certain scenes, constraining you to feel a specific way even before you feel it naturally. Sandeep and Isha’s meet-charming doesn’t have the ideal impact regardless of whether their story get more grounded as the film progresses. 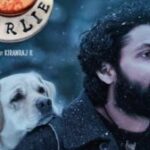