Irfan Shah (MAXORDAN) is an Internet Actor and video creator on Social Media like Facebook and Youtube, MAXORDAN is his internet stage name. He was born on 22 June 1993 in Dubai, United Arab Emirates.

In 2009, when he was trying to create his first Gmail account then Google suggested him few names where he chosen Maxordan, but earlier his elder brother used to call him Max when he was a toddler. He was born and grown up in Dubai, United Arab Emirates then later moved to Pakistan with his family, and now again since 2016, he is currently living in Dubai where he started to work as a video creator and marketing on social media.

He rose to fame in 2010 when he started posting his directorial music video short-film story and acting videos on the internet and gained positive reviews from people which made him famous person on the internet in his city.

He met Sham Idrees between 2015-2016 three-time different places in Pakistan, and Sham Idrees gave much love to him and Said “You are the Topman” then later he personally meets again with sham Idrees in Dubai where he spends some quality time.

In 2016 his videos of preparation for the audition Over the Edge Reality Show in Pakistan was posted on OVER THE EDGE facebook Verified page and also live on HTV watched by thousands of people in Pakistan. His first audition was held in Karachi HTV Head Office on the 26th March 2016. During the audition Waqar Zaka recognised him and appreciated that you are creating amazing videos.

He was selected among thousands of contestants and was shortlisted in the top 12 male contestant, but before going to WACK HOUSE of over the edge TV show he lost his chance in the convincement task when Waqar Zaka picked up 4 cards from the bowl and announced four constant who will not be going Wack House. after the show end of the year in 2016 he went back to Dubai and started to do some jobs for his living expense and then later in 2017 he started to post Travel Vlogs and Dubsmash videos on facebook.

He Personally meets many celebrities Waqar Zaka, Umair Jaswal, Sheheryar Munawar, and Zaid Ali in PISA Pakistan International Screen Award 2020 event which was held on February 7, 2020, at the Coca-Cola Arena in Dubai.

He loves acting, singing, and dancing since childhood, he was studying piano at the Arabic Foundation School of Dubai but at the age of 10, he went to Pakistan with his family and started to live in Pakistan. he felt difficulties in studying to learn and read Urdu subjects but never give it up and continued his study in Pakistan.

At the age of 15, he started to learn dancing, acting, and singing and performed different categories of dance like Hip-hop, Break and Robot dance, and also Punjabi, Balochi, Pashto, Arabic in some schools and wedding functions. 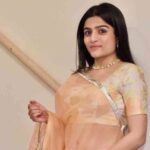