Ponniyin Selvan 1 Movie Review: There is a lot of curiosity among people about Aishwarya Rai, Vikram and Trisha’s film ‘Ponniyin Selvan’. If you are thinking of watching this film, then definitely read this review before this. 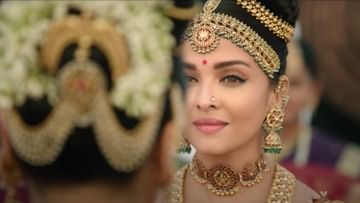 Famous film director Mani Ratnam’s iconic film “Ponniyin Selvan 1“Released at the box office. The film is based on Kalki Krishnamurthy’s famous book published in the year 1955. At the beginning of the film, a tribute has been paid to the writer Kalki Krishnamurthy, remembering him. The story of the film is related to the ancient history of the country, in which the battle between the heirs of the Chola Empire is shown, the grandeur with which this film has been filmed, it can be compared to ‘Game of Thrones’.

Know what is the story of the film

The scenes of this film have been shown on the big screen in the same way as written in the book. No tampering has been done with these scenes. The film begins with Vandhiyathevan, who brings a message from Prince Aditha Karikalan of the Chola Empire, reading that message to the prince’s siblings i.e. Kundhavai and Arulmozhi, and his father, and King Sundar Chola. This message is an important part of this film. The Chola Empire, which has no enemy neither on this earth nor on the sea, is stunned after a prophecy. When a meteorite falling from the sky falls on the earth, then the Chola dynasty will end with the fall of that meteorite. This prophecy shakes the entire empire. Facing this challenge, the first part of the film ends.

how is the acting of the artists

Karthi has done complete justice to his character as Vandhiyathevan, his look on the acting screen also looks great. Although Vandhiyathevan is very smart and powerful, but his childish and flirtatious antics also make the audience laugh a lot. But he is a loyal soldier, always ready to defend his nation when the need arises. Jayam Ravi as Arulmozhi aka Ponniyin Selvan presents a rough Rajkumar to the audience. Vikram is remembered as Karikalan, who has the power to destroy everything when the time comes. Aishwarya is looking very beautiful as Punguzhali. Her feelings for Rajkumar Arulmozhi and her acting prowess and demeanor in her interactions with Vandhiyathevan will make her a place in the hearts of the audience.

Mani Ratna has been able to present Trisha i.e. the aspiring Kundhavai with all her flaws and pride. But when compared between Trisha and Aishwarya, the character of Aishwarya Rai Bachchan is remembered.

There are no unnecessarily long scenes in this film. Despite being a film of 2 hours 50 minutes, people do not get bored. Because the makers have presented the story in a very interesting way.

why watch this movie


‘Ponniyin Selvan’ beautiful cast And the amazing artwork grabs your attention. Everyone must see this film, which shows the grandeur of the ancient history and culture of our country.