Vikramaditya (Prabhas) is a famous astrologer. Seeing the lines of the hand, tells both the past and the future of a person. Unwillingly, he falls in love with Dr. Prerna (Pooja Hegde). He predicts that Prerna’s life is going to be wonderful. But fate has something else approved. Will whatever the future has decided, is it going to happen or will the written one be changed… the film is the story of this.

Guru Paramhansa (Truth Raj) runs a Vedic school. Some scientists reach out to him. The dispute between Guru Paramhansa and the scientist escalates. Scientists question his knowledge, studies, astrologers and palmistry. In this sequence, Vikramaditya (Prabhas) enters in front of the audience. He has been described as the ‘Nostradamus of India’ in the film. It is said that the predictions of Vikramaditya are never wrong.

Throughout the film, Vikramaditya claims that he does not have a love line in his hands. He flirts, but does not want any relationship. Still he falls in love with Dr. Prerna (Pooja Hegde). Dr. Prerna is facing very difficult situations in her personal life. The twist in the story is that Vikramaditya looks at the lines on his hand and foreshadows a bright future, while what is happening in his life is taking him in a different direction.

The story of the film tells that no science is 100% accurate. It tries to explain that a person can change his destiny by his actions. This also applies to the world’s most learned palmistry. This 140-minute long film gets tedious after a turn, but as it progresses, till the end it does not reach where the director sahib wanted it to reach. Overall, the film fails to make an impact on the audience. There are big stars in the film, efforts have been made to do beautiful work with the help of technology, but all this remains in vain.

The VFX used in the film has to be appreciated. This is the quality of ‘Radhe Shyam’. But all this proves to be in vain, as there is no connect in this love story. Surely the fate of this film could have been different, but alas, it did not happen. 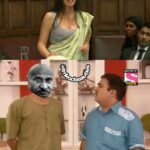 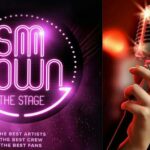