Khushali Kumar has made her Bollywood debut with this film. At the same time, Aparshakti Khurana is playing the role of a terrorist in the film, which has a different truth. 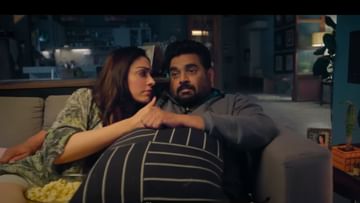 Cheat: Round the Corner

Movie – Dhoka: Round The Corner

The story of the film is weak

There is no story in the film. Anywhere, whatever, just the film is progressing. It seems that no effort has been put into the story. The kind of films that R Madhavan has done in the recent past like ‘Rocketry’ and Tannu Weds Manu’ whose story was his life. But now Madhavan will be seen in a film in which the story is beyond comprehension. Which character is doing what in the film, he himself does not understand.

In the entire film, nobody is in love with anyone. The manner in which an attempt has been made to show the film as a crime thriller, it looks like a childhood game. A part of the film also shows journalism what kind of lies TV channels are spreading to the people. TV channels are crossing every limit for TRP these days. Kookie Gulati has shown it very easily in a funny way.

Talking about acting, every character has done a great acting, but debuting Khushali Kumar looked quite pale. A lot of over acting was seen from his side. R Madhavan is known for his excellent acting, he has done amazing acting in this film too. However, his character and story is not doing justice to him. Aparshakti Khurana has also expressed excellent acting. He always does as he has shown in ‘Dangal’ and ‘Stree’. Seeing his character in this film, it is not understood what that character wants to do. He can go anywhere easily. Darshan Kumar, who is known for ‘Mary Kom’ and ‘The Kashmir Files’, has also proved his acting in this film.

can watch this movie once

If you have seen movies like ‘Wednesday’ and ‘Rustom’, then by watching this movie you will spoil the test of watching crime thriller pictures. This film is not creating thrill at all. Rather too much this film will confuse you and you will ask yourself what was I doing. It is better to stay at home with your family or go somewhere else. Anyway, there are many movies on OTT that can be seen.