As the movie released the fans are eager to know the review of Sulthan (Sultan) Tamil movie. Here is a full review of Karthi’s Sulthan movie.

“Another genre of Mass film in the list of Karthi’s films after Kaithi. It is a Must Watch film. It’s the story of the life of the Sultan family. Memorable acting by Karthi, Rashmika, Lal, and Yogi Babu. Though the concept is routine, the cine-goers have been loving the endearing chemistry between the lead actors and the unconventional execution of the film which is appreciable. The duo’s acting stints have garnered an immense response from both critics and the audience. Notably, the film marks Rashmika’s debut in Tamil and as expected the actress’ role as a village belle has left a mark with the cine-goers.”

“The performance of Malayalam actor Lal, who plays father to Karthi in the film has been getting terrific responses from all corners, thanks to his astonishing acting chops, which the audience could emotionally connect with. Written and directed by Bakkiyaraj Kannan, the film revolves around a young man who plays saviour to a village seized by a group of rowdies. How he fights the troublemakers and powerful men behind them serves as the crux of the film. Great Locations, Great Cinematography, Great Camera, Great Screenplay, Epic Stunts and Fights. Epic Storyline and an Awesome Plot twist! Hats-Off to the entire team.”

This is a twitter review of Karthi’s Sulthan tamil movie. 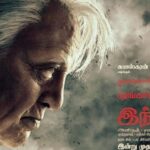 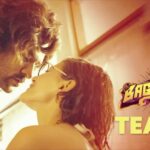