Skip to content
Biography
May 3, 2021May 3, 2021 BollyTrendz Trivikram Srinivas

Trivikram Srinivas is a Telugu-movie director recently known for his work with Mahesh Babu and Pooja Hegde in SSMB28 (2022) movie. He was born on 7 November 1971 in Bhimavaram, Andhra Pradesh, India. Trivikram is 49-years-old as in 2021.

Trivikram Srinivas is also known as ‘Guruji’. In 2002 he married with Soujanya. 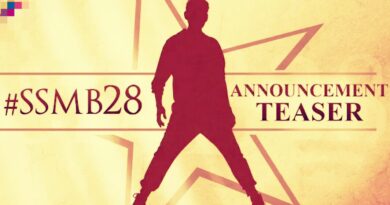