The most awaited teaser of K.G.F Chapter 2 has finally released on 7th January on superstar Yash birthday. That scene of Yash machine gun’s explosive act against enemies made fans crazy.

Rockstar Yash on this birthday mentioning twitted after the K.G.F Chapter 2 teaser hit the internet. He wrote “Your love for me has manifested as the best bday for me today. Thank you.. love you all”

After hitting 100 million views Yash mentioning K.G.F CHAPTER 2 Cast written on twitter “To all my fans..
You guys have always stood with me, given me immense love. I am truly overwhelmed. Will continue entertaining u always. Love u all” 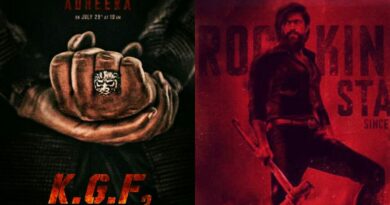